Sam Sleeps Through His Dental Appointment 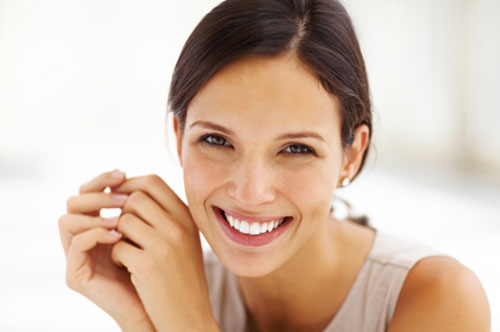 Sam* was nervous. Tomorrow was the big day. It was a day he never thought would come. Now that it’s almost here, he’s filled with anxiety and excitement.
Yep, Sam is going back to the dentist for the first time in more than 10 years.

Sam hated the dentist. That’s not right. Sam hated going to the dentist office. It started with a bad experience when he was a child.
Since he moved out of his parents’ house, Sam has avoided the dentist at all costs.

That was until one of his teeth started to hurt.
He’d noticed the dark spot that tooth a few days earlier. Sam just kind of hoped it would go away. It didn’t, and now Sam has a toothache he knows he can’t get rid of on his own.

When he told his friend about the situation, Sam’s friend mentioned sedation dentistry at Beaumont Family Dentistry. With three locations in Lexington, KY, Sam knew he had to be close to one of their offices.

The Bad News
When Sam called to make his appointment, he explained that he hadn’t been to any dentist office in “a few years.” He admitted that he suffered from dental anxiety, but he was now having a problem that he knew could not be fixed by brushing his teeth or swishing around some mouthwash.

The person who took his information listened carefully, and she assured Sam that she would pass along his information to his dentist.
On the day of his appointment, the entire staff made him feel welcome. They made sure he knew that he could have some coffee or tea as well as a fresh-baked cookie.

On any other day, Sam would have taken them up on the offer, but he learned at home that drinking coffee and trying to chew only made his tooth hurt worse.
When Sam was called to come back to the dentist chair, he could feel his anxiety increase. He had been so focused on how friendly the staff was and on fixing his tooth that his anxiety had faded into the background.

The dentist explained exactly what would happen. After examining Sam’s tooth, the dentist said his tooth was infected and he would need a root canal treatment.
That’s exactly what Sam had been afraid of.

The Good News
The dentist could see the fear in Sam’s eyes.
“It’s OK, Sam,” the dentist said.
The dentist then explained that Beaumont Family Dentistry offered sedation dentistry. While under sedation, he would not feel anything. That made Sam feel a little better.

The dentist explained that he could choose between nitrous oxide and oral conscious sedation.

Sam promised he would be back, but he needed some time to think about which kind of sedation to choose.

With oral sedation, Sam would take a pill, and the effects would be stronger and last for a few hours. He would need someone else to drive him to the office and to take him home.

Sam called back the next day to make an appointment, and he requested the oral sedation. His sister said she could bring him to and from the office.
By the time Sam sat down in the dentist chair again, he was deeply under the effects of the sedation. He didn’t feel anything during the procedure. He doesn’t remember anything about how the dentist removed the infected material or sealed his tooth up.

He only remembers bits and pieces of the ride home.
But when he woke up, his sister was there. She told him what the dentist had said about taking care of his teeth.
Then his sister placed a napkin in front of him. It has a cookie inside.

“The team at Beaumont Family Dentistry said you didn’t eat one the first time you visited, so they wanted to make sure you got one today,” she said.
Sam laughed. Maybe going to the dentist wasn’t so bad after all.

Make Your Own Story
If you haven’t been to the dentist in years, it’s OK. Our team at Beaumont Family Dentistry will be happy to see you.
We can use dental sedation to ease any anxiety you may be feeling, whether you need a root canal (like Sam) or you are coming for a simple cleaning and examination.

To learn more about all the ways we make our patients feel comfortable, call any of our Lexington area dentist offices or fill out our online contact form.

* Any similarities between Sam and a real person is accidental.